(Digital) Survival in a New Decade

You see, I started writing this blog piece about ‘digital survival’ in mid February. The concept was simple: a new decade prompted a look back at the last ten years. Then I’d attempt to forecast what was to come. I’d written ‘Ten short years ago, life was a very different place.’ and a load of stuff about social media platforms in their infancy and how promising technology all seemed in 2010, even against a backdrop of global financial woes.

A piece about how much life could change in ‘ten short years’.

That was just over ten weeks ago. I then went skiing with my family near Innsbruck in the Tyrol region of Austria. I returned to meetings conscious of where attendees had been recently (Tyrol was an early hotspot). A certain virus was being classed as a pandemic and Everything Changed. 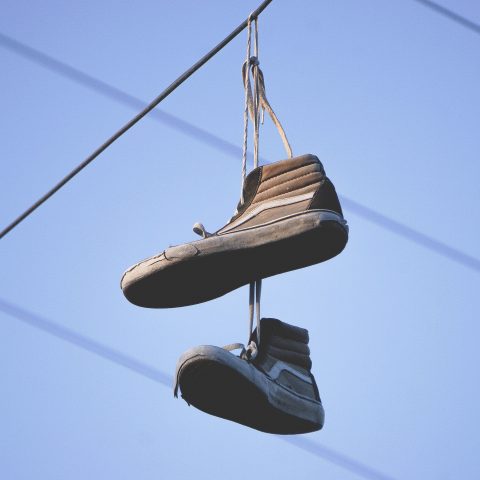 Ten years ago, the world was just waking up to hyper-connectivity. Social media platforms like Facebook and Twitter were young, naïve, fresh-faced and friendly. Donald Trump was just a relatively harmless TV personality. Boris Johnson was only starting to think about dangling from a zip line like a pair of tatty trainers thrown onto overhead telegraph wires.

Digital survival then consisted of including a question mark in your p455w0rd. Pretty much all video calls were made on a choice of Skype … or Skype. The iPhone had been available for less than three years, and most people were still smarter than their phone. Swiping while dating would have resulted in a visit from the police.

Cyber security was in the news, though. The US government was talking about cyberwars against perpetrators of DDOS attacks. In 2010 there would be the release of the Collateral Murder footage, the Afghan War Diary and the Iraq War Logs by WikiLeaks, much of it leaked by the whistleblower Chelsea (then known as Bradley) Manning.

As the new decade arrived, privacy was the watchword of the time. There had been huge breaches of personal data, most notably Facebook’s scandal involving the personal-data-gathering and manipulating organisation Cambridge Analytica, whose moral compass has been accused of serious skews.

And it’s not just scraped or stolen data that’s causing concern. Massive amounts of freely-volunteered personal data are collected online by huge organisations like Google, Facebook and Amazon. The use of Big Data and machine-learning algorithms allows highly targeted campaigns for sales, advertising and propaganda. Social Media platforms have grown to influence the balance of political power at the highest level.

Studies have been made into the way in which different people are fed different information based on their behaviour online. This knowledge, combined with psychological persuasion techniques means that organisations wield more power over populations than ever before. Your reach and influence has come to be measured not by your political might or financial wealth. Importance is now measured by the number of followers on Twitter and Instagram, or subscribers on your YouTube channel. 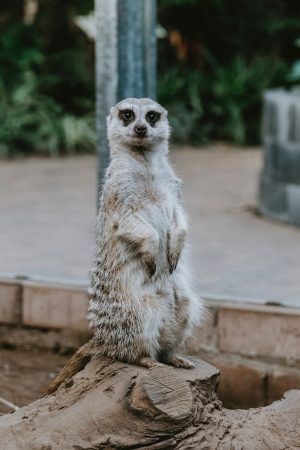 Life has progressed to the point that you can tap your phone, pay for a trip and be on the other side of the world hours later. You can find friends and business associates you’re only aware of because you met them online. It’s easy buy from and sell to the rest of the world. You can arrange a social gathering. Find your friends at festivals. Locate your mates in the crowd at a football match. You can compare anything with anything. Simples. There’s no limit to the life you can live, the places you can go, the people you can meet …

Enter SARS-CoV-2: the novel Coronavirus named Covid-19. What a difference quarter of a year makes. However much life had changed in the Twenty-Tens, it was as nothing to the effect of a small string of Ribonucleic Acid wrapped in a lipid coating and bristling with a ‘corona’ of protein spikes. A foe invisible to all but the most powerful microscopes. For all the advancement of human life over the last century, our way of life has been floored by a tiny virus. And if you’ll pardon the pun, in many cases also flawed in the response to that threat.

It’s been a hell of a time for many people 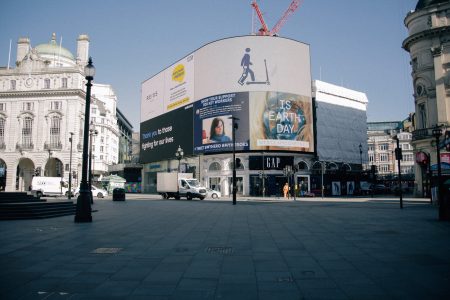 Those affected directly through suffering the painful lung infection. Others who have watched as loved ones suffer and die from the disease. And those charged with caring for the sick or working to prevent its spread. We’ve felt both sympathy and frustration at our powerlessness in the face of this invisible threat.

For the majority of the world, travel has been shut down or at the very least severely limited. Holidays have been cancelled. Social gatherings, festivals and sporting fixtures of all sizes have been postponed or abandoned entirely. Conferences, business events and shows have been ruled out. Many businesses have been mothballed. Where they can operate online, employees have been told to stay at home and work as much as possible from there. Friends and families have been kept apart. You know all this. You’re living it.

As with any time of challenge to homo sapiens, though, it’s also been a time for swift adaptation and innovation. Necessity is the mother of invention, and the world of technology – and most specifically the internet – has come into its own as a key mitigator of this crisis. Life, for many people, has become virtual and has carried on in a semblance of its former self that would not have been possible at the turn of this century, and would still have been difficult those ten short years ago.

Working remotely and collaborating using web-based tools and video chat? Shopping online and staying in touch with friends and family through calls and the spate of online quizzes? Or simply having a vast array of on-demand entertainment at our fingertips? The world wide web has kept our lives moving like never before.

What does this mean for security in our digital world? 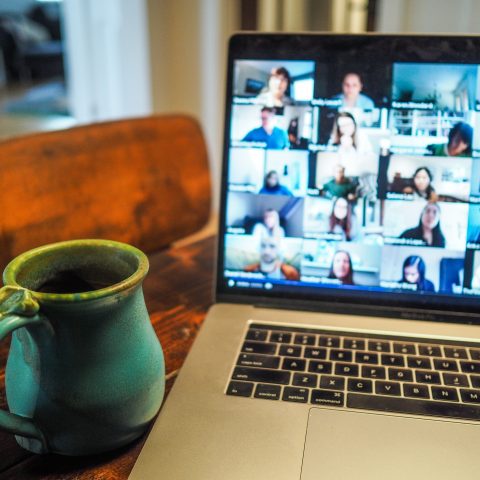 The more time you spend in a boxing ring, the more times you’re going to get hit. Unfortunately, the more life moves online, the more exposed we are to attack, and the greater the incentive for devious people to try to take advantage and test our digital survival techniques. However much we’ve been enjoying the feeling of camaraderie and community through the glue of social media and connectivity, we can’t assume that cybercriminals are on furlough.

And of course it’s not just hackers we need to be wary of. The same concerns about privacy persist. Large organisations for whom personal data is worth more than cash look to collect that data just the same.

Zoom rocketed in popularity with people having remote meetings and social calls. Then its security credentials were called into question. Alternative video conferencing platforms have also been criticised. After some rapid development, many of them have now allayed the concerns, but you need to be wary of the tools you download and use. For a guide to video conferencing platforms and their level of security, take a look at Mozilla’s detailed and impartial summary of the ones you can trust.

Added to that are concerns about government surveillance. The quote ‘Never let a good crisis go to waste’ has been bouncing around in articles and podcasts for a while now. Many of them refer to the way in which radical Islamic terrorism from 9/11 resulted in the loss of individual freedoms as governments sought to gather intelligence about all of us in an attempt to identify threats before they arose. Remember the warnings of the abuse of that power from Manning and Snowden. Has the pursuit of knowledge about populations gone beyond what’s necessary for the prevention of terrorism?

Now, governments are using mobile phone apps to track and trace your movements. This is to identify instances of infection and automatically alert and isolate anyone an infected person has been close to. As I’ve said, ‘Terror surveillance’ is now the norm and it’s not going anywhere. It’s only supposed to protect us from the immediate threat of terror. Once a government has the capacity to track movement and contact, will freedoms be further curtailed? Combined with the data collected online, our whole lives could be either visible or predicted by governments, agencies or even corporations. I know: it all sounds like conspiracy theories. But when you hear testimony from people like Snowden, you start to wonder how far these organisations have gone and what is possible.

You’re only paranoid if they’re not really after you

More than ever, we need to protect ourselves and our privacy online, and the advice for Survival in a New Decade rings truer than it did when I first started to piece this blog together.

Our advice for digital survival is to add a heaped teaspoon of cynicism to all unsolicited communication you receive online (and some expected communication). Viruses can wreak havoc in our digital lives too – and more often than not, it is our online behaviour that enables the spread of viruses, trojans and other malware. Your physical behaviour and choices affect the chances of contracting and spreading an antigen like Covid-19. In the same way, you are one of the most vulnerable aspects of your own digital security. Amazing door locks are pointless if you invite burglars in.

Educate yourself. Learn what to look for and do some checking around before you download anything from the web. There are lots of solutions to whatever problem you need to solve and it’s pretty easy to find out if an app is risky. Be cautious and learn how to set your devices up to limit interaction with organisations to a level you’re comfortable with. Think before clicking. You should be able to prevent the majority of threats if you Stay Alert.

That said, a second line of defence is essential. Do get yourself some state-of-the-art software on all your devices. This will to help detect, quarantine and remove malware if it does arrive. There are many available, but we recommend Sophos and Malwarebytes. A small investment is rarely worth so much as when your personal data is at stake.

Anyway, this blog, much like the crises it has touched on, is in danger of becoming a saga. Part Two of this blog will follow shortly with some detailed points of action you can take to secure your ever-more-important digital world. For now, though, three-line slogans seem to be popular.

So here’s mine for digital survival: