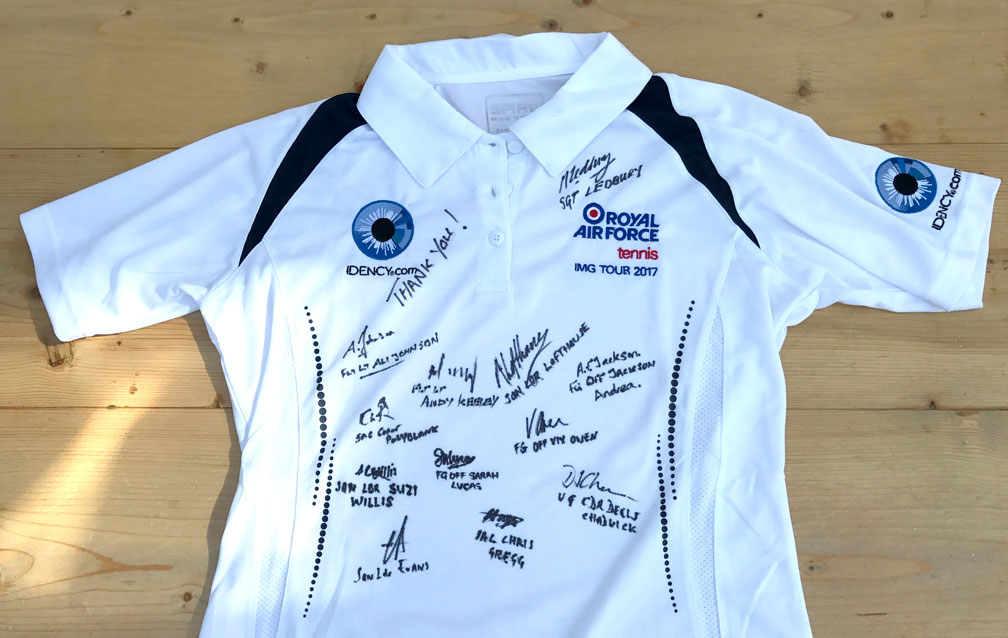 When some friends of Idency at the RAF asked us if we’d like to sponsor their tennis tour for 2017, we were like ‘yeah, right’. The RAF is all about planes and stuff, right, not sport? They’d be telling us next the Fire Service has a bowls team or the police go curling.

Well, turns out there’s a lot of it going on – and for good reason. Sport in the military and other services, they tell us, is important as it develops physical resilience and mental strength. It is also part of their esprit de corps (that’s French for camaraderie. Which … is also French.) All these things are important as they help prepare participants for the stress (both physical and mental) of combat and other intense situations. Added to that, they get to play sports they enjoy, pushing their competitive spirits. And they get to go to fancy places to train and play matches.

One of the fanciest places is the IMG Academy in Florida, and 2017 is the 4th year for RAF Tennis taking advantage of their training expertise and facilities. Twelve of their top players (six men and six women) went to develop their game for the upcoming season. 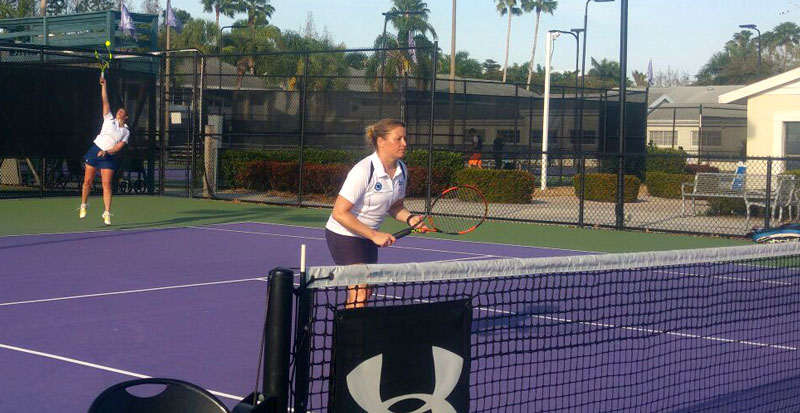 RAF Tennis team players at the IMG Academy in Florida

A game to love

RAF Tennis play many fixtures throughout the year (including against the police) and they are lucky enough to get fixtures at some lovely and historic venues such as The Hurlingham Club. However, their main focus is to win at the inter-Services where the RAF play the Army and Navy. The B team will play at Halton in early April and the A’s are at Edgebaston this year (usually at Wimbledon) at the end of July.

We spoke to Nikki Lofthouse, currently the RAF #2 and Captain of the RAF ladies team, who has been playing tennis since the age of 7. Nikki has been on the RAF team for 3 years now and also represents the Armed Forces. When not serving, slicing and smashing on the court, she is a pilot and is currently serving as a Flight Commander (2IC) on 99 Sqn flying the C17 (HUGE military cargo plane). She also flew the VC10 air-to-air refueller before it was decommissioned. Nikki has flown operations over Iraq, Afghanistan and Libya.

Current Director of tennis Sqn Ldr Chris Evans (‘Evo’) is the RAF Men’s #1 and Captain of the Armed Forces Tennis team (and not Captain America as initially sprang to our childish minds). The winner of RAF Sportsman of 2016, Evo is the outstanding RAF tennis player of his generation. Nine times service champion and team captain since 2012, with only three months notice he was drafted in as the INVICTUS Games International Engagement director. In this position, he was responsible for liaison between competitors, their coaches and the organisers. Which is pretty impressive. Maybe he is secretly Captain America too.

Idency as a sponsor will help to maintain standards and give the RAF team the best chance of achieving their aims and inspiring others to do the same. So with all this in mind, we were happy to assist RAF Tennis any way we could with their campaign this year and thus we helped kit the team out for the IMG Tour. Check out the tops in the photo below. Very haute couture. Not sure where all this French is coming from … 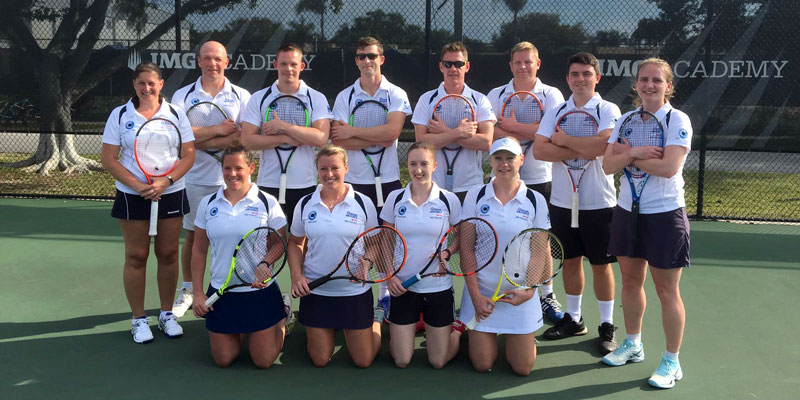 We wish the team the best of luck over the season, and we’ll be following their progress.

Now, has anyone seen the MI6 Tiddlywinks team? They’re around, but no-one seems to know where.